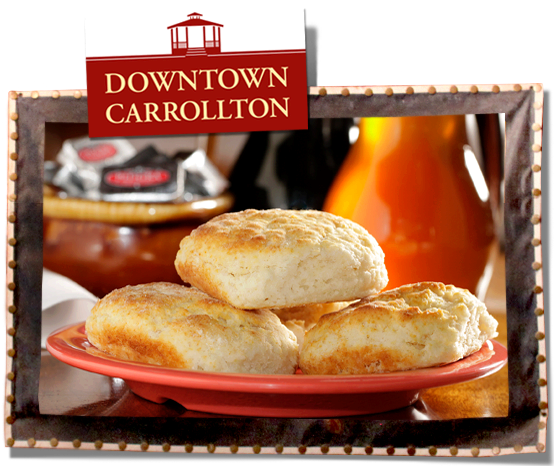 The Babe’s Chicken Dinner House in Carrollton opened on October 4, 2004.

While the date of construction is uncertain, in 1911 this location was a Lyon-Gray Lumber yard, which later became a Foxworth-Galbraith lumber yard sometime around the 1930s.

In 1913, the first Ford dealership in Dallas County was established across the street in the large Jackson-Miller building, on the south east corner of Broadway and Main Street.

We have some additional tidbits to share when you’re sittin’ in the dining room – just ask to see our Babe’s Facts while you’re finishing up your salad.

Need catering from this location? Find out more.